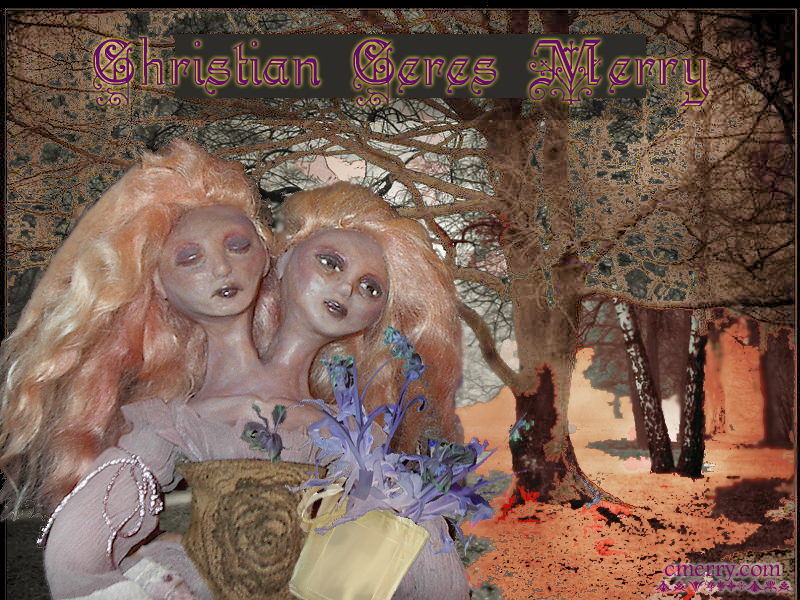 Happily Ever Over, an epic tale from cmerry on Vimeo.

Please check your local listings for the program on the TLC Network
"The Boy Whose Skin Fell Off"
It will give you information and contacts on where you can help us find a cure
www.DebRA.org 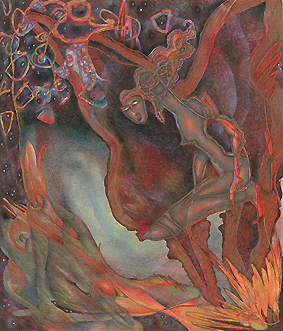 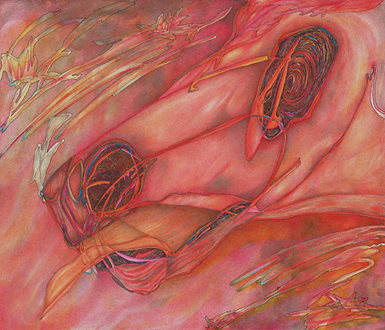 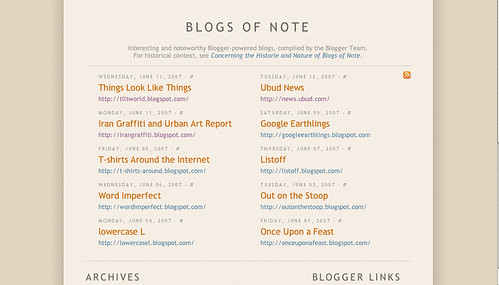 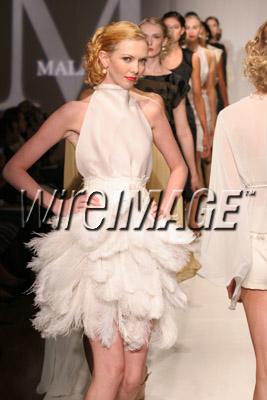 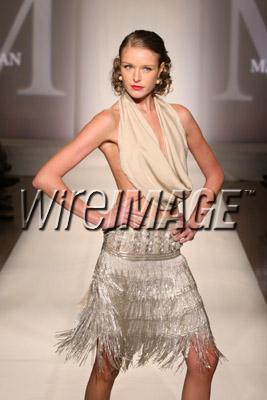 My Couture work and Fashion Week 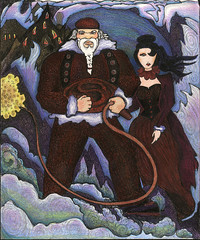 Fire Maiden. A little firemaid has huge golden dreams, but there is a problem, she is small and blue.

(full text below.) A 'cousin' of the mermaids, also called Firemaids and Firemaidens. The Floramaids also participate in this tale of the smaller fires finding the value of the light and talents they possess.

"Little Fire"
The "Little Zine" this story grew from...

all art and text is © ccm.
Fire Maiden

The Fire Maiden Edana was small, and when she passed by, hardly any other firemaids noticed. She didn’t mind. It gave her a unique point of view. She loved to look at the other sides of things, like the underside of a comet’s tail to see what might be hitching a ride, not just the glittery sparkle on its surface.

Being small she did not always hear what everyone was demanding of each other above. The bigger Fire Maidens critically assessed the brightness and fiery quality of everyone’s flares and measured and picked over pointed rays of light and how well they were displayed.

Edana could have stood still long enough to let the words float down to her, but she noticed that no one up there looked very happy. The continual competing and envy made all of her sisters look very much the same.

Their sameness was glorious though; golden, shining, fiery works of artful flame. Some were born that way, others had flares added or enhanced.

The goal of all Fire Maidens was to become a radiant glowing Sun. The little firemaid Edana, on the other hand, burned a cool twinkling Blue.

Some of the Fire Maidens that looked down and saw her laughed or sighed or criticized their little sister.

"You will never be a Sun! Suns don’t look like you. They need to be golden and huge, and fill the sky!"

Edana knew being a Sun meant you helped grow crops and flowers, and made people happy and warm. A Sun gave energy and life. Every Fire Maiden wanted to be a Sun. She was told it was a noble thing, it was the only thing that mattered.

She had a friend, a little Flora Maiden named Kiara who had similar problems. In her world, the floramaids competed to be the one who made the new flower chosen to bloom in the Spring. Kiara was left out of the solarium where the bigger Flora Maidens used light, water and soil to create new flowers. Even the Fauna Maidens came and provided bees and birds that specialized in pollination so the flowers would bloom forever.

Edana and Kiara sat alone in their thoughts, but together were a comfort to each other. Eventually they went back to their homes, but not without a hug and a best wish for each other in the coming days.

The Fire Maidens continued to compete with each other, trying to out-do the others in beauty and radiance. To become a Sun was a great honor! Yes, like all the others, Edana wanted to become a Sun too, but wouldn’t it be lovely to be a pale blue Sun- bright like a drop of tropical sea foam, crystal and twinkling.

The current favorites for future Suns laughed when she told them her thoughts. It really wasn't cruel laughter, but it didn’t feel nice to be smiled at in pity.

In the skies of the planets around the universe, Suns age, and they are taken away in a blaze of light. Everyone celebrates to thank them before they move on to the next level that a Sun travels in time. This was a big mystery to her, but she did not spend time thinking of where Suns go, but rather what they did while they Shined. Such a thing had just happened.

That meant it was time for a new Sun.

The Great Keeper Of The Skies came to choose the new fire, the glorious flame to be the new Sun, the bright one to shine down and be loved.

The Fire Maidens gathered together in the proper place, and it was wondrous. Edana stood with them, she would not let her dreams fade. All their flames were burning, all their gold shining, all their glitter blinding, and even little Edana was dazzled by the beauty. Her tiny blue flame became radiant in the glow of her own hope and the reflected light of her sisters.

The Great Keeper smiled in approval, reached down and picked, not Edana, but a gorgeous sparkling Fire Maiden of particularly brilliant pointed rays.

Now her sister became a Sun, one of supreme beauty and radiant color. The skies around reflected her light, and her glory and heat were multiplied.

Edana watched as the chosen Sun was lifted above everyone else and placed high in the universe to shine over a newly born world.

The little Fire Maiden smiled in her tears, and she felt sincere joy for her sister rising above. Still, she thought, she was born unique, and even if a Sun could not be blue, she was happy that she was not just a mass of golden rays like everyone else. She would find a place to help one day.

The Fire Maidens began to leave, to continue to burn and wait.

The Great Keeper Of The Skies stopped them. In all the flames blinding and bright, there was one that did not blur into the others.

She looked down and said, "This Fire will be the light for those who wake and live when all is faded. Those who wander in the darkness of night will look to this flame for inspiration and guidance. This is my new... Evening Star."

Then the little firemaid Edana, amazed, felt herself rise above the others.

Her sisters watched and smiled. They now saw the serene beauty of her twinkling Blue flame.

Even though Edana could not become a Sun, making the crops grow and the people shade their eyes, she would become a comfort to those who sailed the seas at night, and who gazed up at the darkened sky wondering about many things. The Fire Maiden Edana, now the Evening Star, would be there to greet any who opened their eyes when all the sunlit colors had disappeared.

In her rise through the darkening skies she heard her friend, Kiara, the little floramaid cheering for her in a sweet voice from below. Kiara called out,

"Look! I won! My flower will be the new bloom! I named it Cereus!"

Kiara's cactus flower blossomed in the desert at night. Created outside of the Flora Maiden solarium it did not need their light and waters to bloom, and the bats of the starlit world pollinated it for her because they loved the way it smelled.

The Evening Star laughed and sent down a shower of starfire. She could see Kiara far below, dancing in the blue glowing light.

The new Evening Star loved that beauty was everywhere, in everything dark and light, glorious and serene. To believe that, and to see it, and be a part of creating it, is a very noble thing too.

This story was a "Little Zine" before it grew to this story. Click here for pictures and text of the origami form zine "Little Fire"

BACK to main diary "on a darkling plain"

ALIX, a mermaid like ghost inhabits the night-time world of a large department store.

Fire Maiden. A little firemaid has huge golden dreams, but there is a problem, she is small and blue.

STAN, sympathy for you-know-who, because even the supernatural have their doubts..

The Art Conspiracy, my gallery is under the name Christian Merry, check out "eye, word, sound, and physical" for everything i have

ACTS MAGDALENA on Soundlift, free music from my band and the entire world

MORBID QUESTIONS One and Two